2022 is coming to an end, which means it’s time to sum up the traditional results of the year.

This year has not been very productive for Hight Games. We continue to work on the announced game, as well as HGPlay and other projects.

At the end of 2020, we announced a new game. Now we continue to work on it. We have accomplished a lot this year. Moreover, the game was ported from Unreal Engine 4 to Unreal Engine 5, which allowed us to use the new features of the engine. Alas, right now we can’t share screenshots or videos with you, but we’ll try to do it next year, so stay tuned!

We continue to work on HGPlay. Alas, the changes made this year were mostly hidden. We have slightly improved the work, fixed bugs and so on.

That’s all for now. Thanks to everyone who supports us and follows the news. We hope that 2023 will be more productive and we will do much more! 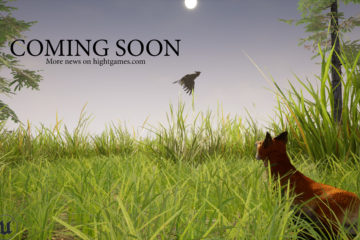 We are glad to inform you that a new game from Hight Games is already in development!